Nine forms of Maa Durga are worshiped during the nine days of Navratri. But do you know how Adi Shakti Maa Durga originated. It is mentioned in the Puranas. According to a legend, when the gods, fed up with the tyranny of the asuras, heard from Brahmaji that the demon king had received the blessing that he would die by the hand of a virgin girl, all the gods revealed these forms of the goddess with their combined glory. Different parts of the goddess were made from this glory emanating from the body of various deities.

The face of the goddess was revealed by the glory of Lord Shankar, the hair of the forehead of Yamraj, the arms of Vishnu, the breast of the moon, the waist of Indra, the thigh of Varuna, the buttock of the earth, Brahma The sharp feet of the sun, the fingers of the two powers of the sun, the teeth of the Creator, all the eyes of the fire, the eyebrows with the sharpness of the evening, the ears with the glory of the wind, the ears of the wind by the sharp and the sharp from the other gods. Parts are made. 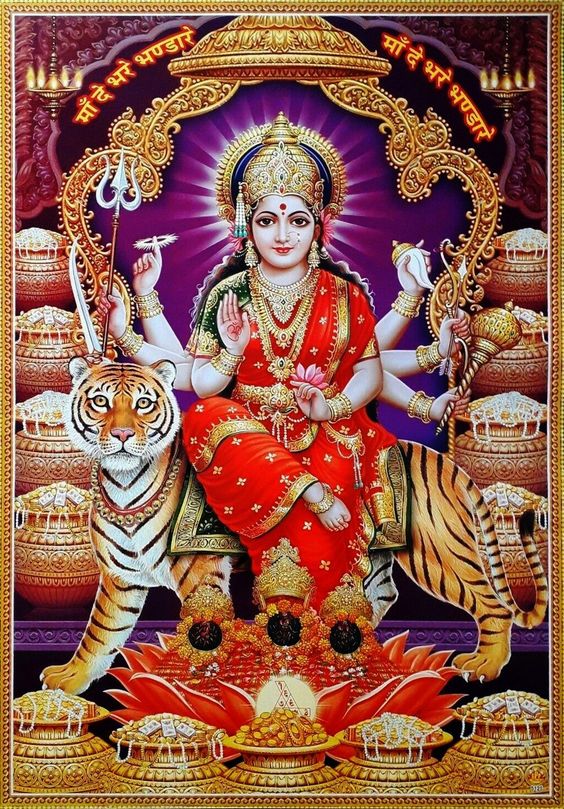